REASONS FOR THE BACKWARD LAMINATING PROCESS OF THE LAMINATING MACHINE

REASONS FOR THE BACKWARD LAMINATING PROCESS OF THE LAMINATING MACHINE

What are the reasons for the backward laminating process of the laminator? Solvent-based coatings, due to the use of benzene-containing solvents, harm the health of operators and cause great pollution to the workshop environment. At the same time, as the concentration of the surrounding organic solvents continues to increase, it is extremely easy to burst into fire due to static electricity generated by the film material. Moreover, to the surrounding environment, the film-coated factory itself is a serious source of pollution with potential dangers.

Since solvent-based coatings are so harmful, why is there still such a large market? The following reasons more or less determine the reason for its existence.

First, the laminating machine using solvent-based adhesives has been used for many years. The development of the equipment has been very mature, and the precision of the laminating film is guaranteed. These machines are generally not easy to break and maintenance are not complicated. They have accumulated a lot of production during long-term use And maintenance experience, so many manufacturers are unwilling to eliminate this kind of solvent-based laminating machine that can still be used. 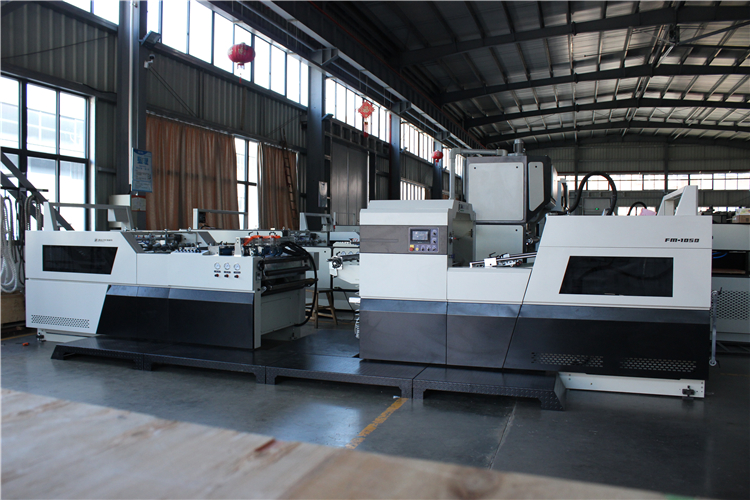 Second, the solvent-based coating process has been promoted for decades, the technology is mature, and the product quality is guaranteed. Many companies and technicians are unwilling to replace a skilled process technology with a technology that they are not familiar with.

Third, in terms of cost, solvent-based laminating machines are still relatively cheap. For printing plants, cost savings is to strive for profits.

Fourth, although the water-based coating process improves the environmental problems in the production process and avoids physical damage to the operators, it still has many shortcomings compared to the solvent-based coating process, such as unsatisfactory product quality.

What are the factors that affect the development of the laminator laminating process?Generally speaking, the solvent-based coating process will be completely eliminated sooner or later. It is foreseeable that the solvent-based coating has reached the moment to withdraw from the stage of history. However, can we completely deny the coating technology based on this? Under the current circumstances, it is unrealistic to eliminate the coating technology completely. The following two aspects are worthy of everyone's attention.

Although the prohibition of solvent-based coating film technology has been promulgated for many years, there are still many small coating plants in my country that continue to use. It is understood that this process mainly has the following problems.

Laminating technology is widely used in all kinds of packaging and decoration printed matter in our country, books and periodicals of various binding forms, booklets, calendars, maps, etc. It is a very popular printing surface processing technology.