WHAT ARE THE APPLICATIONS OF LAMINATING MACHINE LAMINATING PROCESS IN LIFE?

WHAT ARE THE APPLICATIONS OF LAMINATING MACHINE LAMINATING PROCESS IN LIFE?

Laminating technology is widely used in all kinds of packaging and decoration printed matter in our country, books and periodicals of various binding forms, booklets, calendars, maps, etc. It is a very popular printing surface processing technology.

Laminating technology entered my country in the 1980s. Due to its many advantages, it became popular throughout the country in a very short time and gradually became the darling of the surface decoration of books and periodicals.

Nowadays, people’s awareness of environmental protection has gradually increased, and relevant laws and regulations have been continuously improved. The two major problems of pollution generated during the process of film coating and the difficulty of recycling when the film is discarded are facing people. When it comes to film, people often think of it. "White pollution". Many people in the industry have doubts about the function of the film and whether it can continue to be used. In the No. 32 Order issued by the former State Economic and Trade Commission in 2002, the solvent-based instant coating film machine has been included in the third batch of "eliminate backward production capacity." , Process and Product Catalog". 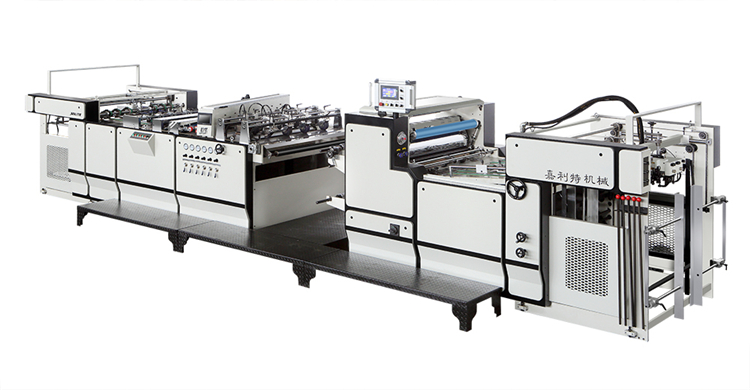 China JIALITE has strong technical force and advanced technology research and development of new technologies and new products, and has now become a leader in the laminating machine industry, and many laminating machines have passed safety certifications in different countries. Welcome to call and order our products wholesale.

The automatic conveying mechanism can ensure that the printed matter does not overlap and enter the composite part equidistantly during transmission. Generally, pneumatic or frictional control is used to realize the control. The conveying is accurate and high-precision. It can also meet the above requirements when the printed matter is composited with a small format.

What is the laminating process of the laminating machine? The laminating process is a surface processing technology after printing, and it is also called post-printing plastic, post-printing glue or post-printing film. It refers to the use of a laminating machine to cover a layer of 0.012～0.020mm on the surface of the printed product. Thick transparent plastic film to form a paper-plastic integrated product processing technology. Generally speaking, it can be divided into two types, namely coating film and pre-coating film, according to the process used. According to the different film materials, it can be divided into two types: bright film and matt film.