WHAT IS A PRE-COATING TYPE LAMINATING MACHINE

The pre-coating type laminating machine is a one-time molding process. The consumables used have been coated with glue. The glue is melted by heating when the film is laminated, and then the film is bonded to the printed matter by pressure. This kind of laminating equipment is cheap, simple to operate, and does not generate harmful gases during operation. It is a trend in the development of laminating. In today’s society that pays more and more attention to environmental protection, it is believed that this kind of technology will one day replace the existing pre-coated film and become The main laminating technology in the domestic printing industry. 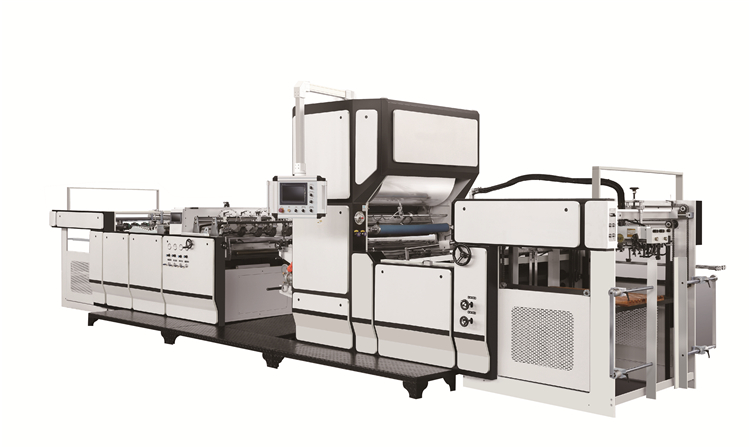 The disadvantage is that this kind of technology is not very mature in China, and there are still some problems to be solved, such as: single-sided film curling (there are single-sided anti-curling machines, but the price is relatively high), and the printed matter with silicone oil is difficult to cover. Film and so on. It is widely used in short-run printing and digital fast printing industries.

China JIALITE is one of the leading automatic two-in-one automatic laminating machines, manufacturers, factories and suppliers. Our product quality has passed international certification and the price is affordable. Welcome to call and order our products wholesale.

The operation of the instant coating laminator includes three parts: gluing, drying, and hot pressing. The operation is higher. The advantage is that the quality of the finished product is reliable. Its fatal disadvantage is that the oily glue will produce gas that affects human health. This technology has been completely banned in developed countries such as Europe and the United States. Water-based glue is more environmentally friendly than oil-based, and its cost is higher than that of oil-based.